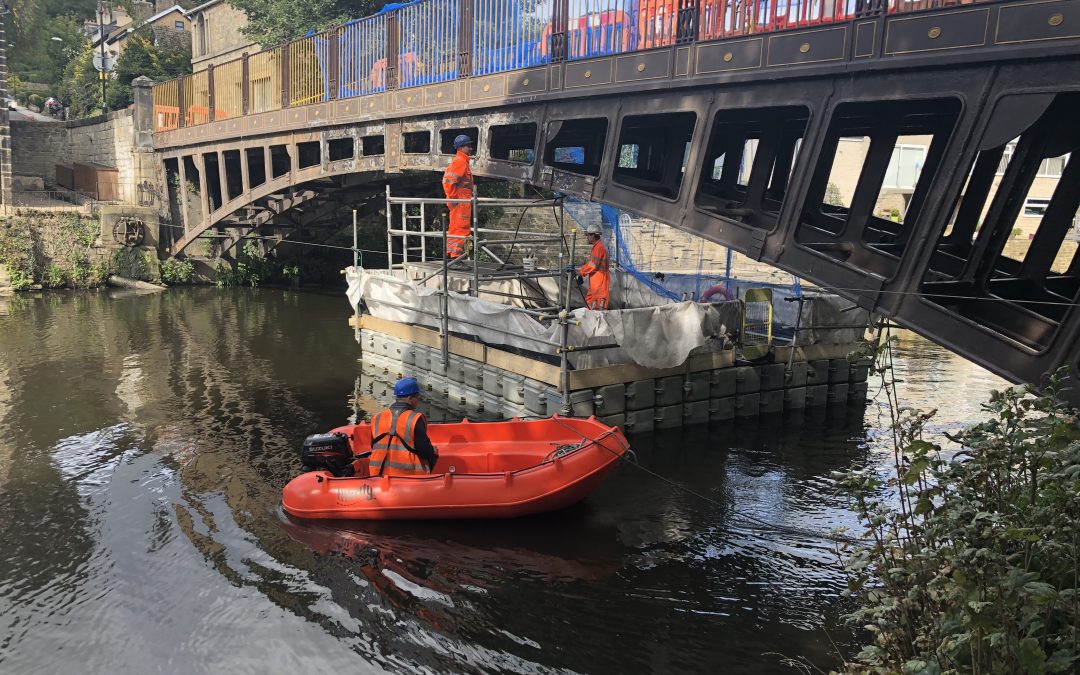 Newlay Bridge celebrates its 200th birthday next year and Leeds City Council wanted to give the Grade ll listed bridge a lick of paint on its underside to preserve it for the future. To achieve this, they approached FPS to provide a working platform that would also catch any debris from the bridge entering the watercourse while the preparation work was completed. FPS designed a double-layer platform pontoon that incorporated a sump hole. The pontoon was also lined with sheeting so all the contaminated water from the steam cleaning was collected and pumped to the bank to be disposed of. Alongside the pontoon, FPS also provided a safety boat and full-time operative to reconfigure the pontoon as and when needed.