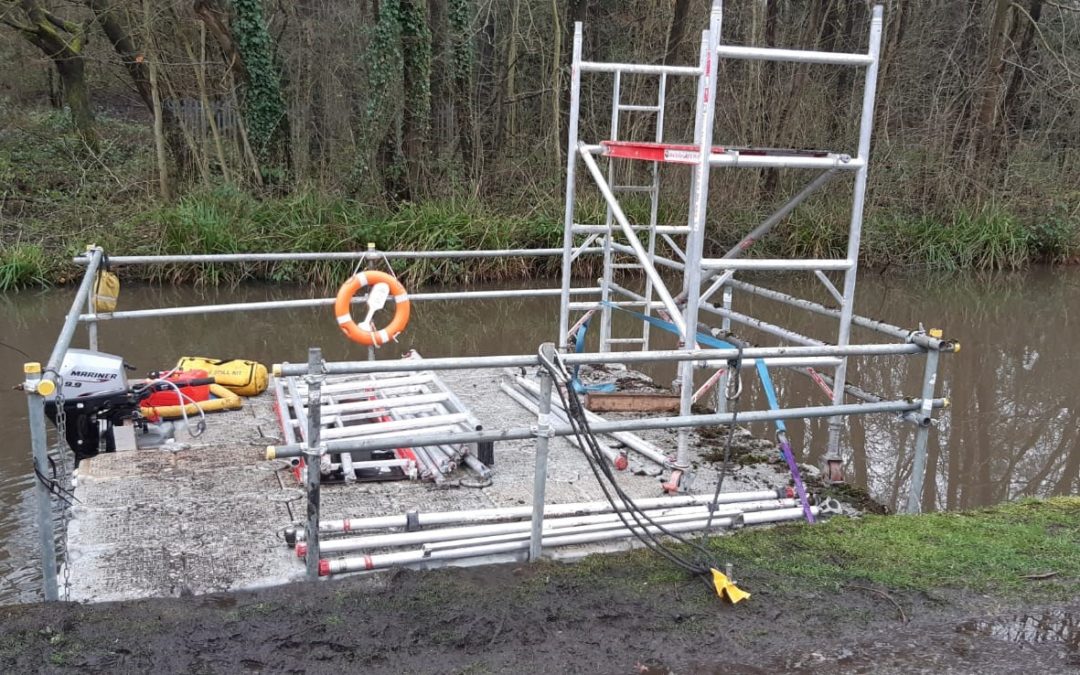 FPS to the rescue !

We got a call from network rail asking for a pontoon and obviously we wanted to oblige, after asking what it was for they advised it was for emergency works to be carried out on a retaining wall on a rail bridge crossing a canal.

They informed us they had 1 week to complete the works but originally they had 3 weeks, curiosity got the better of us we asked why they had 1 week left out of 3 when they had only just started? They explained they had been let down by another pontoon company and they had been left scratching there heads for a solution as they were not capable of doing the works. They called us and we attended site and provided a solution to enable the works to be carried out.

They had to first de-veg, then repoint either side of the bridge and several repairs on the bridge parapet walls.